David Gordon - Win a grand for your garden

David Gordon - Win a grand for your garden
Posted by Unknown 2 comments: 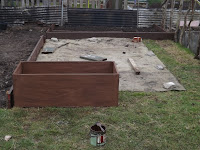 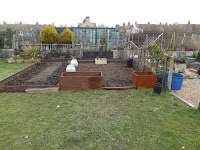 The Fruit/Herb garden and seating area is coming along nicely, the Strawberry bed is nearly finished and the Strawberry plants will be going in soon. The seating area is complete, I just need to build a picnic bench to put there now. I've planted some Red/Blackcurrant bushes in some old Home brew beer kegs, this is a pure experiment as is growing fruit as I've never grew any fruit before. I've also plant some Raspberry, Blueberry and Tayberries. A plot (near mine) become vacant recently so I've been raiding it for materials, on it I found some well established Rhubarb, I've dug some of it up and replanted it on mine, again a experiment/gamble as it's a bit late to be moving it. But after all it was free and if it fails so be it. So hopefully come Summer 2014 this area will have plenty of fruit to pick. 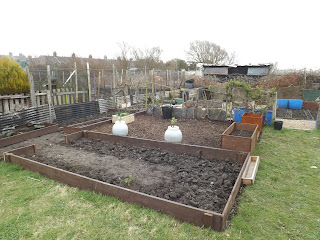 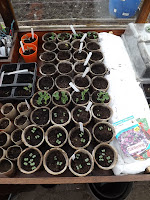 Most of the seeds in the Greenhouse are coming on well, just waiting on the leeks and Sweetcorn to make a appearance. The Peas and Cabbage are doing really well, the Beans and Artichokes (globe) are just starting to peak through, Tomatoes, Chillies, Aubergines and Peppers have been a bit of a disappointment so I'm going to sow some more this week and I'm going to start sowing in the beds outside this week since we are having some decent weather. Well that's all for now and thanks for reading. 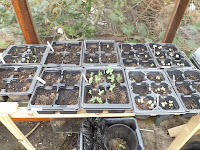